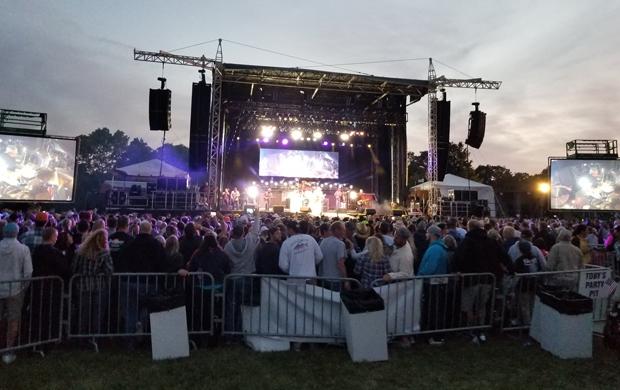 Bash on the Bay 2020 dates are set for an epic 2 day concert August 26-27, 2020 on Put-In-Bay. What is not known at this point is exactly what Entertainers will perform. So, let’s go over what we do know about Bash On the Bay 2020 and take a look back at the previous Bash on the Bay Events.

With the big name acts that have head-lined in years past, the anticipation to find out the 2020 lineup has been enormous. Hopefully, this information will come out so the ticket sales can begin. Then, those wishing to attend will have ample time to plan and arrange to attend the event. Our team is just as eager as the public to know what awesome music will fill the air at this years Bash on the Bay.

Unfortunately, the Musical Acts are not known. According to the BoB Concert Promoter, “Due to Contractual Stipulations, we can not announce the show line up until the artists say so. There is nothing we can do about this.”

Bash on the Bay 2020 Music Festival

How to Get to Put in Bay?

Getting to the island is easy with two convenient options: the Miller Ferry and the Jet Express. Moreover, on the days of the concert, both boat services will be running extended schedules and many extra trips.

There was a huge build up to the Bash of 2019. A superstar was to perform on South Bass Island, the likes the island had never seen before. Kid Rock, somewhat of a local with his Michigan roots, made a big splash on the island. Ticket sales started well in advance for this show. As time progressed, many wondered how this epic event would unfold.

Much like the previous festivals, the organizers again did a fantastic job. Despite the enormous crowds, the process unfolded beautifully. The success of this big name act performing at the Bash will likely mean great Acts for Bash on the Bay 2020. As of this writing, we are STILL waiting for the release of the lineup and ticket sales to commence.

Rascal Flatts were the headliner for the Bash in 2018. They hail from Columbus, Ohio, so a stop at Put-in-Bay was almost like being home! This Grammy nominated country group is best known for the songs “Life is a Highway” and “Bless the Broken Road.” They were the main act of the all day fest, with may great supporting bands leading up to the finale.

Estimates put the attendance around 10,000 people. Much like the music, the crowd was very easy going and caused no notable issues while in attendance. The Bash is growing and people were absolutely ecstatic at the end of this concert with the big announcement. Kid Rock for the 2019 BoB!

The inaugural Bash on the Bay had tons of fanfare. People couldn’t wait to have such a large scale concert at a fun location like Put-In-Bay. Furthermore, folks were even more excited when they found out who would be the feature entertainer, Toby Keith! This was such a perfect fit from the start. Keith’s persona and music with hits like “I Love this Bar” and “Get Drunk and Be Somebody” mimicked the legendary Putinbay nightlife.

There were approximately 12,000 in attendance for the first Bash. Fortunately, the concert promoters are very thorough with the planning. They had a great police presence, extra security and a well organized plan to ensure the safety of all involved. Overall, the first Bash on the Bay is a resounding success.

And Now We Wait!

The vital information about who is the musical acts at Bash on the Bay 2020. So, when this information become available it will spread like wildfire. Be sure to stay updated Here for the latest Bash Information. As always, a curated grouping of lodging choices is here on this site. Also, our Put-In-Bay Reservations Specialists are always ready to assist at 216-898-9951.