Put-in-Bay Ohio is the entertainment mecca of the Lake Erie Islands. Every weekend, various musical talents perform.  Their creative music acts at local Put-in-Bay restaurants and bars are exceptional. There is at least one band performing every day somewhere on Put-in-Bay.  Just walk around downtown Put in Bay and take in a great performance.  Music acts range from single acoustic performers to multiple piece ensembles.

There are plenty of things to do in Put-in-Bay and there is no shortage of entertainment as well. Local island entertainers headline various venues downtown during the summer, including Mr. Ed’s Bar & Grille. These names include Mike “Mad Dog” Adams, JD Owen, and Bob Gatewood. These guys have been performing for over 20 years.  Therefore, they have quite a following at Put-in-Bay. Other notable bands who visit in the summer include Mustang Sally, Moving to Boise, Neon White, 4th Day Echo, and The Menus.

Entertainment is not just limited to music! Various comedic talents also perform at local bars.   Also, on theme weekends there are different events in the downtown parks. There are even various Naval re-enactments and Historical recreations if that is your sort of entertainment.  Furthermore, the tall ships that once frequented Put-in-Bay, return each Summer.

However, by far the most popular event of late is the Bash on the Bay concert.  This event is at the airport.  Therefore, large crowds can fit easily.  Moreover, acts such as Rascal Flatts and Toby Keith have performed concerts in front of big crowds. The announcement of Kid Rock drew much attention to the little island of Put-in-Bay. Nearly all lodging on the island sold out within a day after the announcement! 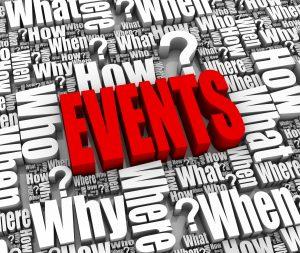