Perry’s Monument to Re-Open on Saturday, May 19 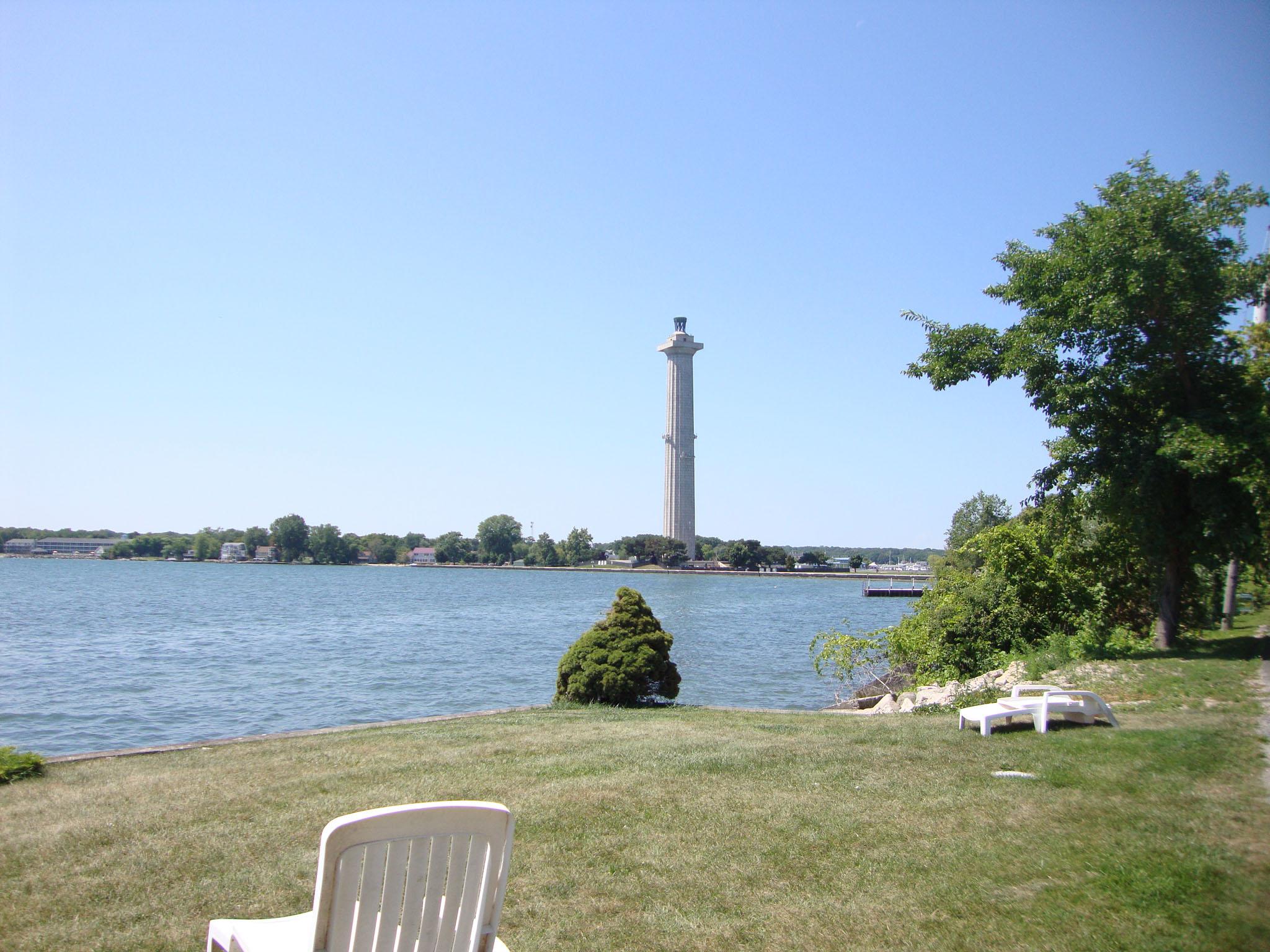 Put-in-Bay’s iconic landmark, Perry’s Monument, will reopen to the public this week after undergoing a yearlong renovation.

“This is a proud moment for us,” monument and park superintendent Barbara Fearon said. “It’s an important moment in the history of this park, and we are thrilled to share it with the American public.”

The monument requires its mortar joints to undergo a repointing once every few decades due to constant wear and tear from adverse weather, including sun damage, rain and the wind.

The memorial overlooks the longest unprotected border in the world and marks a lasting peace between the United States, Great Britain and Canada following the War of 1812. It is an integral part of Put-in-Bay History.

Saturday’s reopening will include visits from state and federal representatives as well as local officials.

Fearon said Huntington National Bank will pay for the first 103 adults to take the elevator to the monument’s observation deck in observance of the 103rd anniversary of the start of memorial operations.

“We thank Huntington National Bank for their generosity,” Fearon said. “We think this is a big deal. Once the contractors took possession of the memorial column in 2017, it was inaccessible to park staff as well. We hope to see a crowd on opening day and all season.”

Fearon said Webster Huntington, a decedent of the founder of Huntington National Bank, was instrumental in raising funds to build the memorial.

The doors on the monument’s upper plaza level were vandalized in 2017, and also suffered 100 years of wear. The double doors to the observation deck were in poor condition, too, due to weather and other factors. All five doors have since been restored and are functioning properly. The total project cost of repairing all five doors was $171,000, according to a news release.

“Maintaining a historic structure that is 103 years old requires vigilance and some patience,” Fearon said. “The maintenance is costly and we are often competing with other parks for those dollars.”

Jennifer F: “Really amazing stop in the National Park system. We practically had to drag the kids away they were so fascinated by the history of the place and the learning they did in the Junior Ranger program set up here. The memorial is well cared for and highlights a really important, if lesser known event in American history.”

Carissa B: “The memorial had a lot of information about the War of 1812. This memorial day weekend a reenactment group was demonstrating by the Peace Monument. And if you want to go to the top of the tower 12 and under are free adults are $10 and if you are a member of the military active duty you get in free too.”

Danny C: “The monument and visitors center is a great place to stop by when visiting the island. The tower is open to visitors and one can take an elevator to the very top for a fee. Don’t forget to bring your camera as the sights are quite breathtaking and Canada is visible on a clear day! One surprising fact, the tower itself is taller than Lady Liberty!”

Perry’s Victory by the numbers:
• 352 feet tall
• 317 feet from the ground to the observation deck
• 47-foot-long walls on each side
• 45-foot-wide base
• 11 tons of weight in a decorative urn atop the column