At Put-in-Bay Ohio, in the southeastern corner of the Lake Erie Islands, your summer starts off with a crunch. You pick up your sandal and see what’s left of an inch-long smelly mayfly (Hexagenia limbata) on the ground. Mayflies, also known as June Bugs, Canadian Soldiers, Fish Flies, or scientifically Hexagenia have arrived. You walk to your rental home or Waterfront Condo to clean up and repeat the cycle the next night.

This is the start of a short-lived but massive mayfly invasion, when millions and millions of the annoying insects rise up from Lake Erie and into the air. They form thick clouds and land on anything and everything from houses and cars to arms, legs, hair, and faces. Within a matter of days, the brief mating dance is over for these individual insects, and others emerge from the Lake to follow suit. Other than the deep piles of their carcasses on sidewalks and roads, the onslaught is but a memory after a month or two. If you’ve never experienced a mayfly swarm for yourself, come visit Put-in-Bay this summer!

Before They Leave the Water 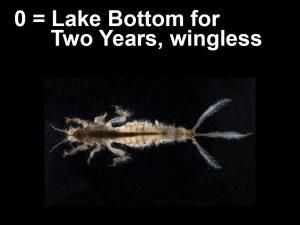 Mayflies can be found in many parts of North America and there are many species of them. Those in this part of the country spend their first two years in Lake Erie sediment as nymphs. Once they pupate, get their wings, and take flight as adults, they only live a few hours to a day at most out of the water.

The insects spend most of their lives at the bottom of rivers and lakes and need clean water to survive. When they appear in large numbers, therefore, it indicates not only a healthy population but a healthy environment. They’re indicators of excellent water quality. 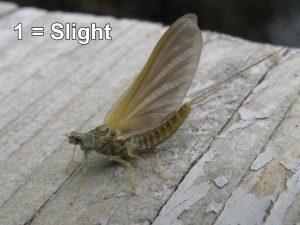 These seasonal insects have started to come out in full force as a result of the earlier-than-usual warm summer temperatures. Adult mayflies live less than two days, but they hatch in waves and waves and peak around the end of June. For those who live in the village of Put-in-Bay, mayflies are just part of summer.

“There’s not much you can do about them,” Put-in-Bay Condos manager Tony White said. “You can blow off the sides of the condos to clear them off every morning. We use a pressure washer to make quick work of it. But they will always come back again tonight.” 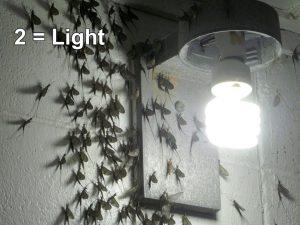 While many consider the insects to be a nuisance, the insects aren’t harmful. Adult mayflies do not eat or bite since they lack actual mouths. Nobody knows why mayflies and other insects are drawn to light. But think of brightly lit signs as “singles bars for mayflies”/”

“Customers often complain about this insect nuisance,” Island Club Rentals owner Paul Jeris said. “It’s just a part of life living here on the lake. They’re often heavier over here than they are in Port Clinton on the mainland. If you’re outside, that’s what you get, which is why we install yellow outdoor lighting during mayfly season.” 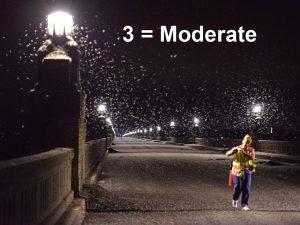 Mayflies are tasty morsels to fish and birds, playing an important role in the food chain. It is not unusual to see birds wobbling around Put-in-Bay, engorged on these plentiful insects. The millions of bugs that people see temporarily covering walls, lights, cars, doors, and bright signs is only a fraction of what is in the lake, or said differently, those which have eluded fish. 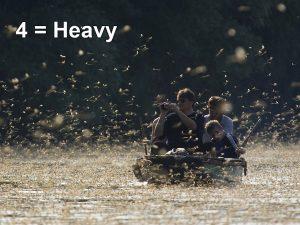 Late June is when Put-in-Bay resembles a scene from a horror movie. This is when swarms of inch-long mayflies grease the roads and blanket cars in a creepy reminder of the insects’ mating season and our location on an island. Put-in-Bay’s mayflies should migrate elsewhere by August, but they make sure we remember them! 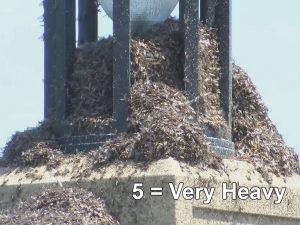 Mayflies can hatch so thickly on some days that they end up in piles and mounds the following morning. They leave the water, fly to a light source, mate, and then drop dead in stinking piles. Females go back into the water to lay larvae that will keep the cycle going with a future generation of nymphs. Port Clinton on the mainland got hammered so bad a couple years ago that it actually got out its snowplows in June to scrape dead mayflies off streets that had become too slippery from the rotting carcasses.

Snowplows in June, just for mayflies! Many people prefer to take a Put-in-Bay taxi at night, during mayfly season, instead of a golf cart.

More Facts About the Mayfly: 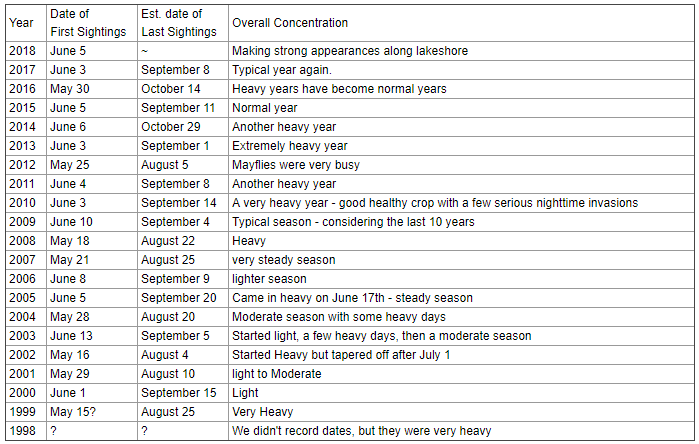