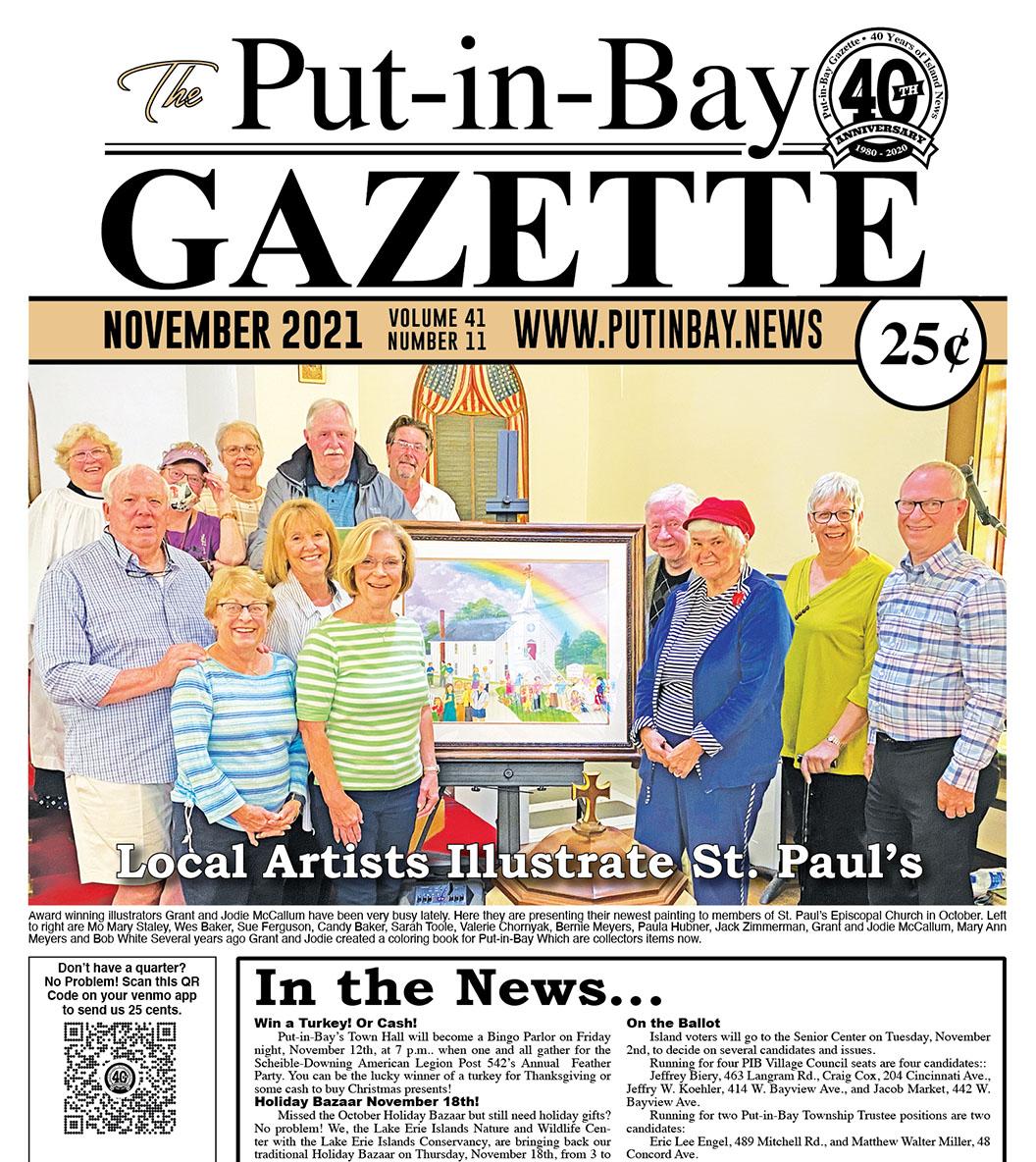 putinbay.com is proud to present the Put-in-Bay Gazette’s Moss on the Rocks. For the best South Bass Island journalism, visit putinbay.news and subscribe to the Gazette today!

EMS Class This Winter On Island

PIB EMS is holding an EMT class this winter for any interested island residents. There will be a mandatory orientation on November 2nd in Fremont. The classes will then be every Wednesday and Thursday from 9 a.m. to 3 p.m. here on the island. Local EMTs are a vital part of our system in the winter months and are also welcome to work in the summer season.

According to NOAA’s Climate Prediction Center, a division of the National Weather Service, temperatures in the Lake Erie Islands area this winter have a 33 to 44% chance of being above average. Precipitation has a 40 to 50% chance of being above normal. La Nina climate conditions have emerged for the second winter in a row.

Do you remember when hunters would come to the island in the fall to shoot pheasant? Hunting was a big thing back then. As the habitat for the pheasant changed, they gradually disappeared and hunting stopped. Pelee Island still has a Pheasant Hunt each fall, but the pheasants are raised on a farm and released into the wild when the hunt is on.

Plan Now To Attend These Events

Put-in-Bay’s Scheible-Downing American Post 542 has two events in November. The post’s Veterans Day Dinner will be held at the Town Hall at 5:30 p.m. on Thursday, November 11th. The event is for veterans and their spouses. The second event will be the post’s annual Feather Party. That’s on the next day, Friday, November 12th, also at the Town Hall, starting at 7 p.m. Everyone is welcome to come and play BINGO and win your choice of a turkey or a cash prize.

St. Paul’s broke ground for its labyrinth 10 years ago this past month. Since then hundreds of people have walked it. Island residents, visitors, employees and a few people who came to Put-in-Bay specifically to walk the labyrinth. You can find St. Paul’s labyrinth on the worldwide labyrinth locator website.

For the first time in PIBYC History, the club is going to be open part time through the winter! The bar and galley will be open on Wednesdays and Saturdays starting November 10th. If you’re on the island at all this fall and winter, please stop by and bring your friends.

The Ottawa County Grand Jury recently issued indictments against four men, according to James VanEerten, prosecuting attorney. Tremaj C. Rollison, Shaquez Harris, Brinaldo Buford and Joshua Lewis, all from Sandusky, were indicted on a count of theft of a motor vehicle, after they and two juveniles allegedly stole two golf carts on Put-in-Bay.

Christie Ontko will be hosting a Ladies Night at the Freshwater Retreat on Langram Rd. on November 5th from 4 to 7 p.m. Come one, come all to a Self-Love Celebration Party! There will be many organic products and great sales. You’ll get a sneak peak at what they have in store for the 2022 summer season.

When Facebook went down on Monday, October 4th, many islanders had to revert to the old “island grapevine” to get their daily dose of island news and gossip.