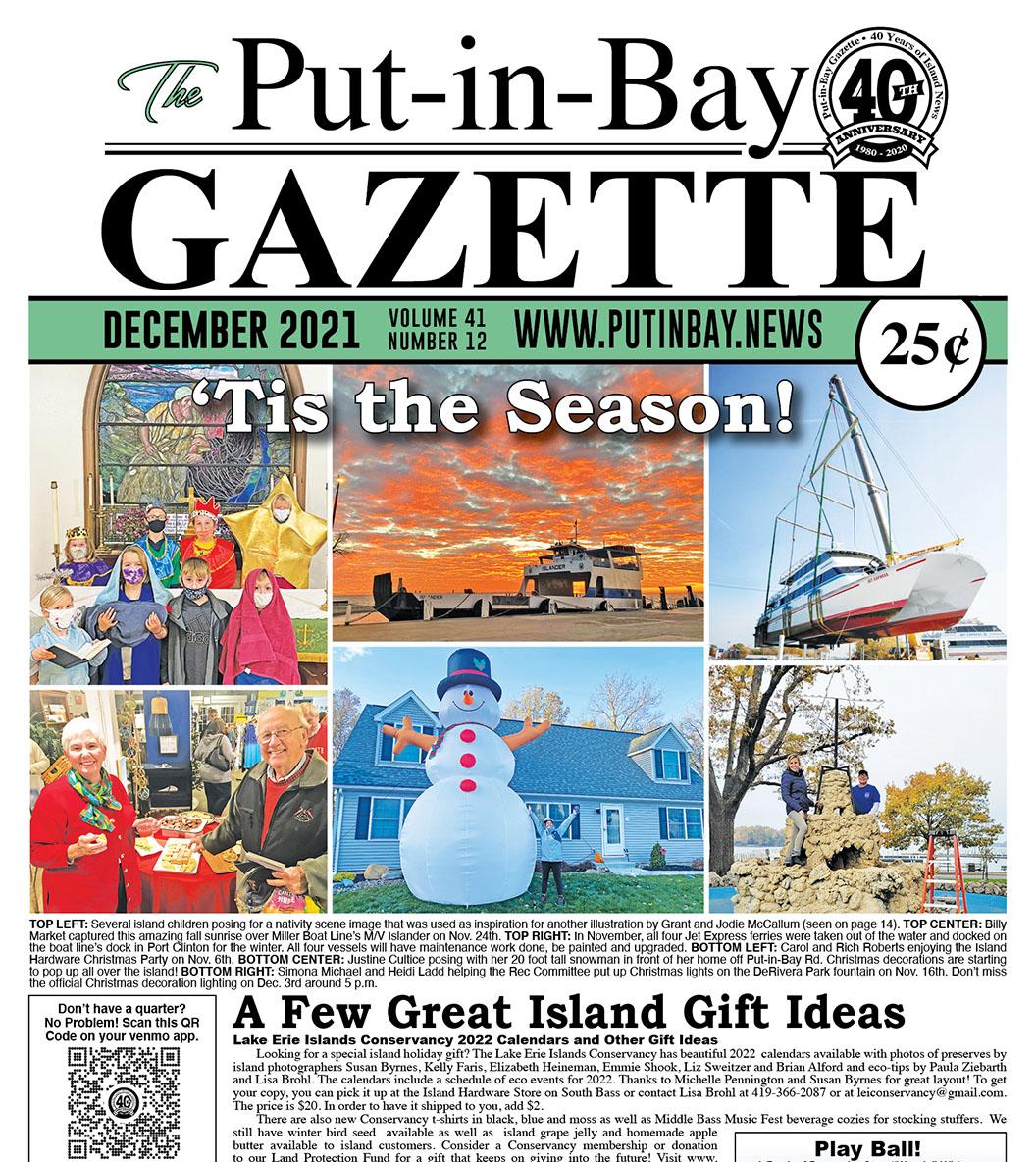 Now that the season has wound down to an end, the travel season begins.

The “wild west” saw people from the island. The Hristovskis from Adventure Bay were out West in November. Among their stops were Las Vegas, the Grand Canyon and Zion National Park. Tom and Stephanie Thanasiu were out in Colorado and drove up to Pike’s Peak. And what’s with Texas? Dave and Kit Holscott from the Goat headed for South Padre Island at the southern tip of the Lone Star State, and Paul Jeris from the Island Club was in Austin, Texas.

Gazette Editor Kendra Koehler, her daughter Caroline Jackson from the Goat and two of her grandchildren, Liesl and Cal Jackson, visited the Christkindlmarket in Chicago just before Thanksgiving. Simona Michael paid a visit there. The Christkindlmarket is Chicago’s famous and crowded Christmas market where vendors sell hot wine, Christmas ornaments, German food, and more.

Patty Bauer from Tipper’s and Linda Ostrander from the Boardwalk were in the Outer Banks. Christie Ontko, Margot Prymas, Jennifer Burris Porter and Berni Isaly Monbarren visited is at Biltmore Estate in Asheville, North Carolina.

Dan and Tamar Levine from Lovela and their two daughters visited Disney World in Orlando, Florida. Skip and Kim Morrisson from East Point and Bret and Meredith Klun spent a little time in Islamorada.

Mike Diskin and Maureen Dula from the West Shore were in Egypt where they visited the inside of a pyramid. Also visiting Africa was Sara Booker who spent time in Kenya.

Several island folk were down in the Caribbean already. Bob and Andrea Gatewood were in San Juan, Puerto Rico, at the end of October. The island’s cigar aficionado Richard Warren was in the Dominican Republic. Bill and Joey Burger from the Anchor Inn were in the Virgin Islands. Len Partin and Glenda Ward from the north shore of Middle Bass headed to the Turks and Caicos.

Joan and Roger Rhoad, from East Point, and Jack and Lorraine Zimmerman, from Airline Drive, were in Nashville for the Country Music Awards.