Moss on the Rock November 2020 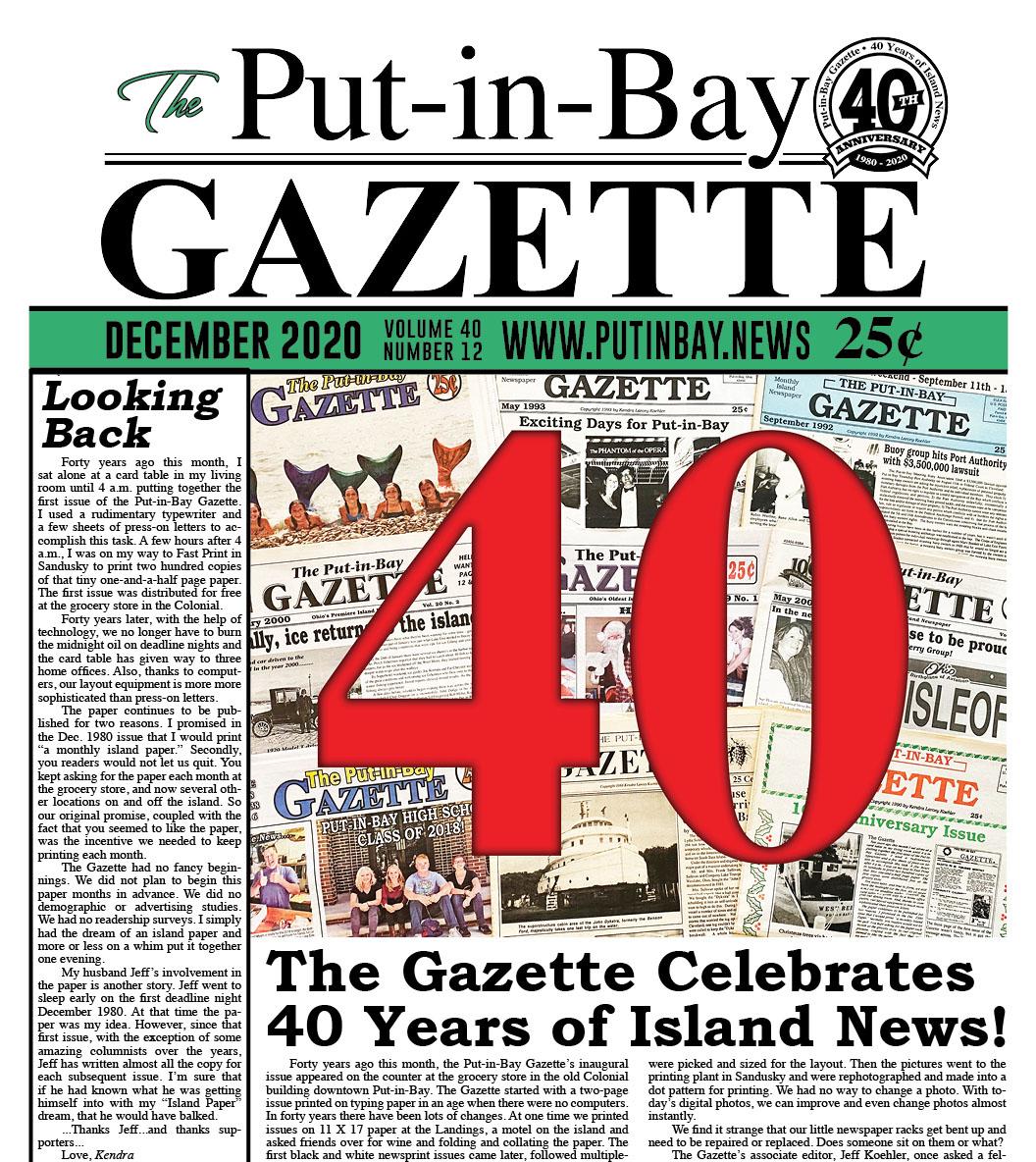 The Council of the Village of Put-in-Bay will hold a Public Hearing on December 10th at 9 a.m. at the Put-in-Bay Town Hall, to take public commentary on and introduce amendments to the definitions section of its zoning ordinance. The amended section deals with a clarification of the two terms, adjacent and adjoining,” when it comes to notifying neighbors of any changes involving zoning issues. Copies of Ordinance 1270-20 are available for public examination in the office of the Fiscal Officer during regular business hours, Monday to Friday, 9 a.m. to 3 p.m.

In November, OE Meyer Co., one of the two propane providers on the island, purchased the bulk storage station on Put-in-Bay Rd. from its competitor Ferrelgas LP. The price was $85,000.

There is a proposal to install a “chronolog” at the Bathing Beach at the end of the Delaware Ave. It is a 4×4″ post with some instructions and a camera/cell phone holder. It costs $200 a year and would create a time lapse video of the bathing beach changes. This type of project is called “citizen science.” Lake Erie Shores and Islands and the Put-in-Bay Gazette would cover the costs. The Chamber of Commerce needs to get the council approval to solicit for the funds. For more information, go to www.Chronolog.io/about.

Technology has come a long way in the last few years. The opportunity came and the PIBVFD were able to invest in a few Seek thermal imaging cameras. The new cameras are much smaller than their old cameras, plus battery life is much improved from 15 to 20 minutes on their old one to 4.5 hours on the new one. These were made possible by the generous businesses and citizens who unconditionally support the Volunteer Department. The department says thank you for allowing them to invest in equipment to better serve our community!

Contact Daniel Sexton if you are interested in participating in a poetry writing contest this winter on the island.

Thumbs Up! Thumbs Down!

Thumbs Up for all the students at Put-in-Bay School who have been attending classes and coping with Covid.

Thumbs Up to the 16 student athletes who will be getting their grrrowl on and suiting up to play on this year’s Panther basketball teams! With Covid in mind, the motto this season is “whatever it takes!”

Thumbs Up to Coach Schuffenecker who has worked so hard and made the many modifications which make it possible for the teams to play.

Thumbs Up – We love the uniquely painted parking spots seniors get at Put-in-Bay School.

Thumbs Down to the Sandusky Register for recently printing an editorial with the headline “Put-in-Bay is Dangerous.” Perhaps it’s time they get some of their facts straight!

News from the Black Squirrel B & B

Rob and Maria Hard from the Black Squirrel recently announced they will be running the snack shack at the State Park campground beginning with the 2021 season.

If you are in the need of overnight accommodations on the island this winter, the Commodore Resort is open year round. Explore the island in the winter, try ice fishing, or visit family. They have great construction worker rates, too! It is best to call direct to 419-285-3101 so they know you are coming.

Here’s a Couple of Good Ones

This past summer, an elderly lady was overheard telling her grandchildren she was on the island when the Monument was WOODEN!!Another visitor to the island was heard asking about where they could leave their kids when they went out drinking.

The Ministry of Transportation in Ontario is soliciting feedback to inform the development of a regulatory and policy framework regarding the on-road use of golf carts on Pelee Island. Public Comments are due by December 21st. For visitors to Pelee Island, golf carts would provide a great mode of transportation, something that has been sorely missing on the island. For Pelee Islanders, it could mean more visitors to help boost the economy.