Louis Heineman passed peacefully on January 13, 2019.  He was pure Put-in-Bay.  He took on the family tradition as a 3rd Generation Wine Maker.  The winery began with Gustav Heineman. He is the grandfather of Louis.  His father Norman followed suit. Today, the tradition continues with Louis’s son and grandson.  They oversee production and operation.  Fortunately,  for island visitors the tradition has continued.

Louis had pursuits beyond wine making.  In the 1950’s he established the Heineman Ice Fishing Guides.  His brother Harry partnered with him.  He was a proud US Army Veteran.  He served in Germany during World War 2.  Still, the wine making was in his blood.  He was a founding member of the Ohio Wine Producing Association.

Heineman wines received many awards and accolades. Consequently,  Louis was inducted as the first member of the Ohio Wine Producers Hall of Fame. Their quality wines are enjoyed by many.

Each year they receive awards for their wines.  Popular varietals include Pink Catawba, Concord and Sweet Belle.  Heineman Winery has been a favorite thing to do in Put-in-Bay for many years.  Stop in and see why.

Mr. Heineman was a great steward for Put-in-Bay.  He was involved with the community.  He was a member of the American Legion Schieble-Downing Post 524 of Put in Bay.  Mother of Sorrows Catholic Church was home for both Louis and his beloved wife Barbara.

Others include Put-in-Bay Volunteer Fire Department, Perry Group and the Lake Erie Islands Historical Society.  Also, the Put-in-Bay School Board and the Put-in-Bay Yacht Club and others.  Clearly, he loved the island he called home.  He dedicated much time to the island.

He will be sorely missed by family and friends.  The memories and stories will live on.  Louis Heineman was among the very best.  He will be impossible to replace.

There was visitation on both the island and mainland. This was appropriate for such a well known man.  A final mass was at the Catholic church on January 26th.  Mr. Heineman rests at Maple Leaf Cemetery.  The ceremony included American Legion Honors.

Raise a Glass for Louis Heineman 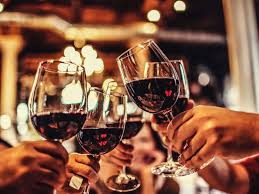 So, when on Put-in-Bay,  head over to Heineman Winery.  They are the only winery on the island that grows and produces the wine they make.  So, stop in and taste the local flavor.  Moreover, stop in and raise your glass to Louis. He truly is an Island Icon. He is a legend.

Heineman Winery is the epitome of a  Put-in-Bay institution.  They embody the island spirit.  Members of this family have been living on Islands for generations.  The tradition continues today.

May Louis rest in peace.  His legacy will carry on forever.