What’s that Tall Ship in the Bay? 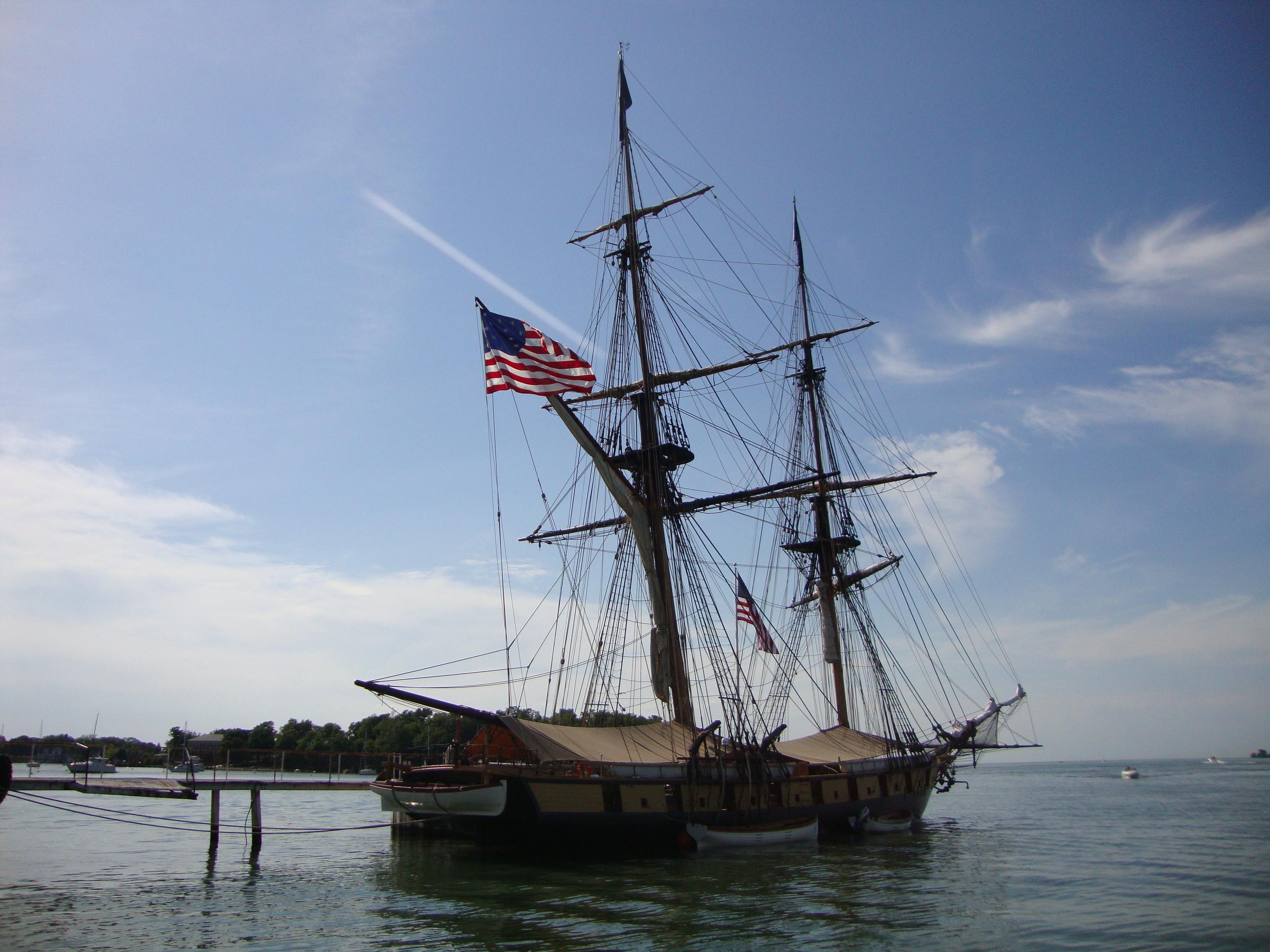 The U.S. Brig Niagara, home-ported in Erie, Pennsylvania, is a replica of the relief flagship of Commodore Oliver Hazard Perry. She is the embodiment of the dual mission of the Erie Maritime Museum and the Flagship Niagara League: she is both a historical artifact and a vehicle for sail training, an experiential learning process that preserves the skills of square-rig seamanship. She is that tall ship in the Bay!

On September 10, 1813, nine small ships – six of them, including Niagara, constructed at Erie – defeated a British squadron of six vessels in the Battle of Lake Erie. A pivotal event in the War of 1812, it led to regaining Detroit, lost at the war’s outset, and lifted the nation’s morale.

The U.S. Brig Niagara is a two-masted, square-rigged sailing vessel. In 1813, she had a crew of 155 men and boys who manned her sails, 18 carronades and two long guns. The crew was organized into two watch sections (port and starboard) for routine duties while underway. More experienced sailors were stationed aloft, while others under the direction of petty officers manned the rigging which controlled the sails from deck. In battle, men also manned the guns and carronades. Boys carried the black powder charges from the magazine to the guns. Marines and soldiers were assigned to the fighting tops on the masts where they could fire their muskets on the enemy ships. Officers directed setting sails, firing cannon, and maneuvering the brig in response to orders from the captain.

The current Niagara, the third reconstruction of the original vessel, was launched in Erie in 1988, the 175th anniversary of the Battle of Lake Erie. Niagara sails the Great Lakes and calls Put-in-Bay a port many times each summer. It preserves and interprets the story of the Battle of Lake Erie, and acts as an ambassador in her capacity as the flagship of the Commonwealth of Pennsylvania. As a Sailing School Vessel, her crew of professionals and trainees actively preserve the skills of square-rig seamanship.

As part of the bicentennial of the Battle of Lake Erie, Niagara took part in an unprecedented reenactment of the battle on September 2nd, 2013 in the waters off Put-In-Bay along with 16 other tall ships.