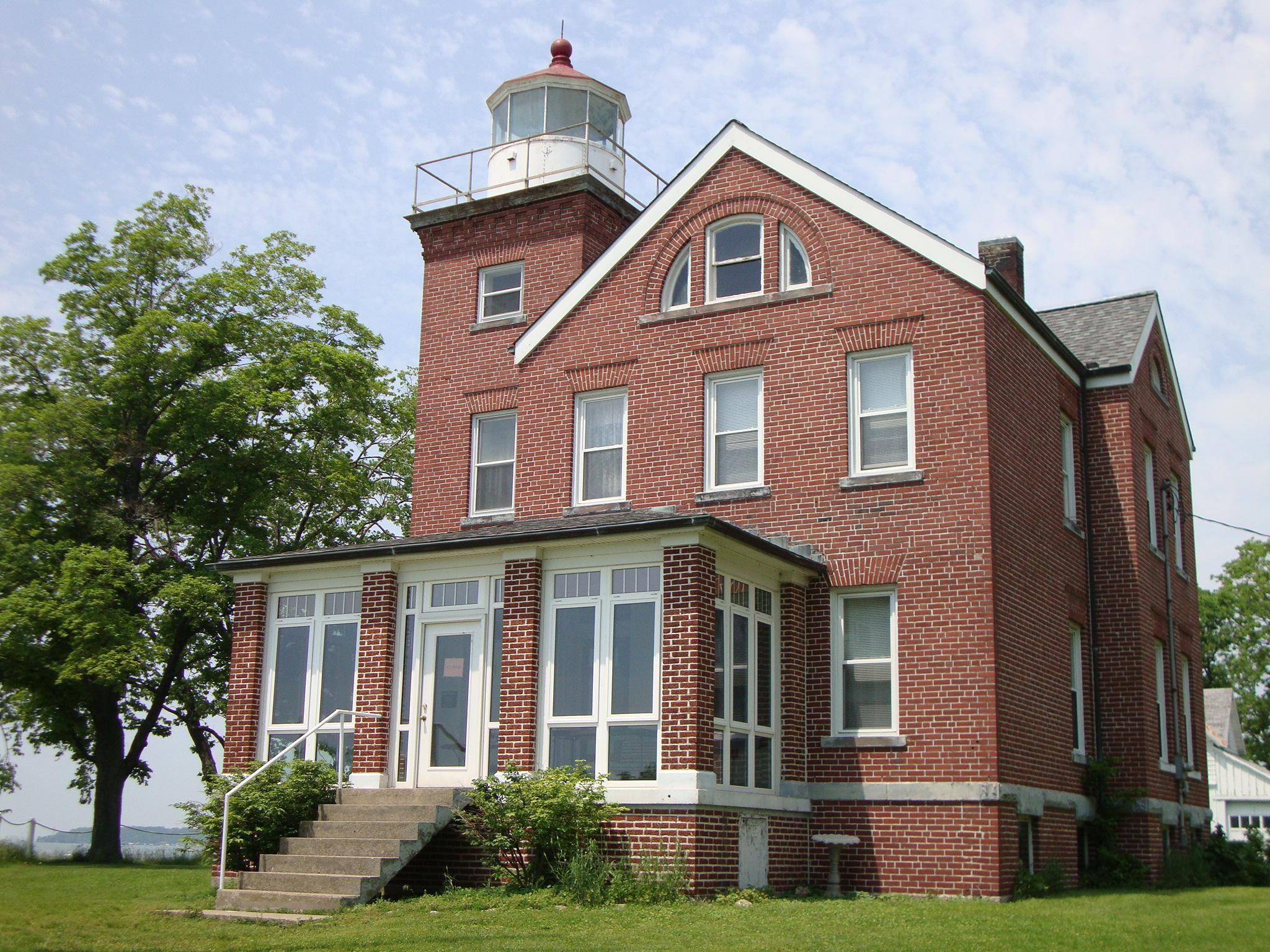 The 119-year-old South Bass Island Lighthouse, which Ohio State University acquired from the federal government in 1967, has been restored. It is being made available by the university for weddings and other special events starting in 2017, Chris Winslow, interim Ohio Sea Grant and OSU Stone Laboratory director, said. Ohio is one of 33 states with a college sea grant program operated by the National Oceanic and Atmospheric Administration.

The South Bass Island Lighthouse has been like a hidden gem out in plain sight for years now, prominently located near the busy Miller Ferry dock but often restricted to the public. That’s changing. The grounds – which include a butterfly garden installed a few years ago – are often open for picture-taking now, and the property’s shoreline offers one of Lake Erie’s most magnificent views.

Part of the adventure in visiting the lighthouse goes beyond its relaxing, screened-in porch and beautifully decorated living room, kitchen, and bedrooms. The spiral staircase to the light offers tight twists and turns. The payoff, though, is a panoramic view of Lake Erie at the top. Built at a cost of only $8,000, the brick lighthouse was used to guide ships from July, 1897, to October, 1962. It accommodates about 10 people at a time, and – according to Ohio Sea Grant – it is somewhat unique in that respect.

Unlike most lighthouses with huge towers and small, detached quarters, the South Bass Island Lighthouse has 2 1/2 stories of living space in a Queen Anne-style home, a full basement, and an attached 60-foot tower. It also has a laundry room, large kitchen, furnace, and other amenities not normally found in lighthouses. Back in the ’60s, after it had been retired as a lighthouse, the home was rented out to the family of Harry R. Johnson of Williston, Ohio, for the grand total of $66.50 a month. Mr. Johnson, his wife, and their seven children lived there for five years, according to a Sea Grant brochure. Ohio State bought it after that five-year rental agreement expired in 1967.

In 1983, NOAA installed a $50,000 meteorological station to assist the National Weather Service. The lighthouse was listed in the National Register of Historic Places on April 5, 1990. The butterfly garden near its entrance is becoming a big hit to visitors, as well as butterflies.

Make sure to include the South Bass Island Lighthouse as one of your sightseeing stops in 2017 when you visit the beautiful village of Put-in-Bay, Ohio.

Richard E: “The lighthouse was closed when we got there, but the nice grounds keeper let us in the gate to take pictures. Well maintained lawn and building. Great view and a sweetheart of a groundskeeper”

Martin K: “The light house has been closed every time I have been there, but my parents did get to go up in it and said it was very cool. Regardless the views and photo opportunities from that end of the island are AMAZING! Very nice spot to come and just take in the scenery.”

David W: “Other reviewers have disparaged this spot because the house is closed but it’s such a beautiful spot that the views alone are worth a stop. We rode from the Jet Express dock in the center of town to the light, which was an easy ride. A hidden gem on South Bass Island”