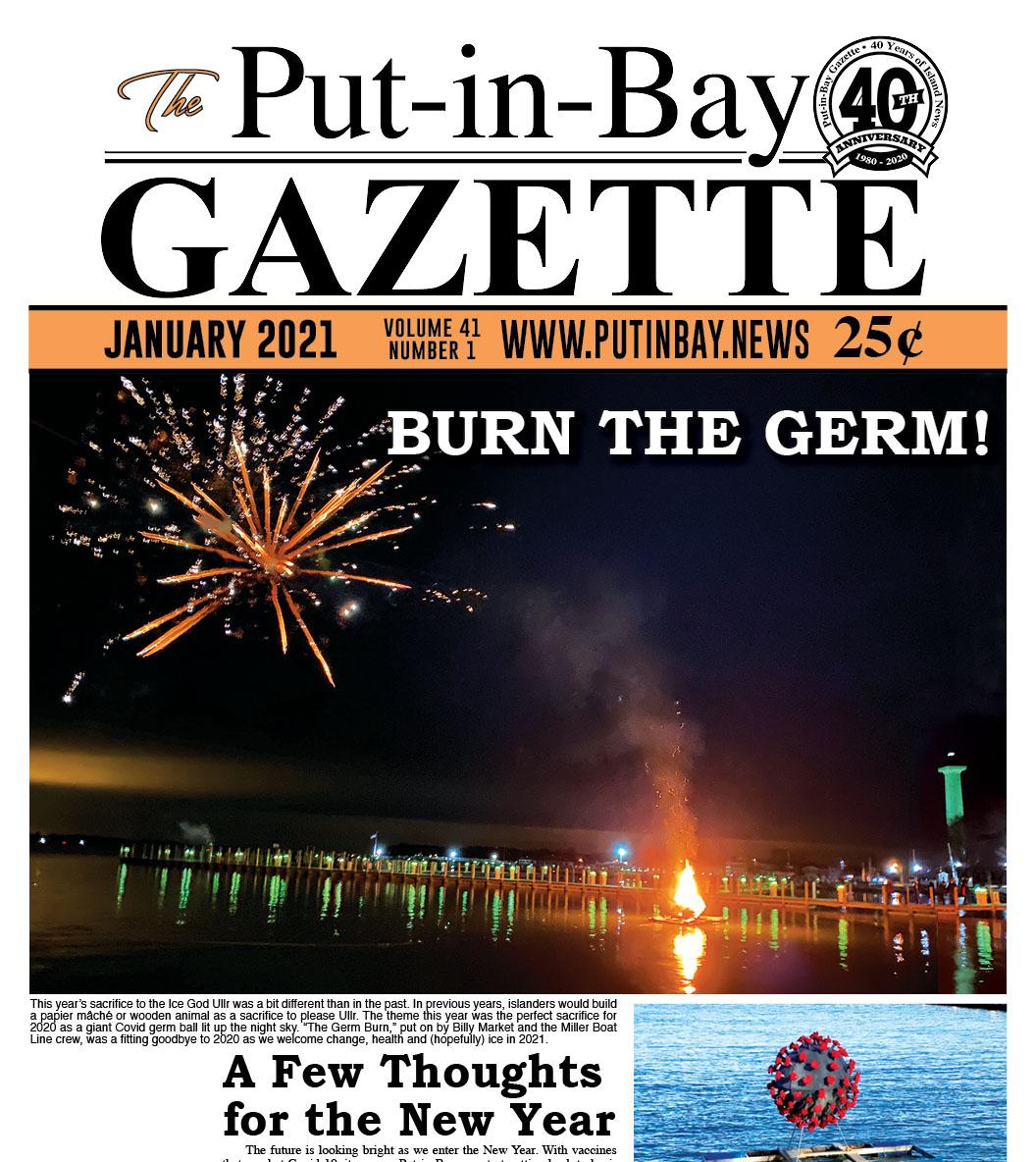 It’s a new year with new hopes and a renewed mission, at least for me, to share inspiring stories and unusual insights into life on this unbridged island we call South Bass. As Bonnie Raitt once reminded us, “Let’s give them something to talk about.” I don’t know about you, but I am pretty much done with giving time and credence to people who rant about our island and the folks that live here on “uncensored” Facebook pages and other dubious public Internet forums.

These are folks that live on the mainland, and may have spent a brief time working here or just visiting. They don’t live here, they don’t know us, and they seem to form their opinions about us based on factless, opinionated stories from off island “news” sources. Suspect sources that profit from making salacious commentary about Put-in-Bay. I want to give them stories about something positive and uplifting that won’t give them opportunity to invent a dozen negative factoids to spew across the ether needlessly.

So for 2021 I’m ignoring them and going forward with my plan on doing one positive story a month that includes a photo and sometimes a short video. Both will be posted on my @Filmaffects account on instagram (instagram.com/filmaffects). It’s a way to share the island’s best and the brightest with others. Let’s find inspirational stories, especially the untold stories that make us proud to live here.

I want to start with this month with a story about a quiet man who many may have never known or at least not well, Ray Traverso. Ray passed quietly in 2020 at the age of 98 during this COVID restricted year. He was one of the last old-time islanders that I met when I first moved here in the early 2000s. Ray was among a legendary group of island influencers that included Bill Market III, Skip Duggan, Louie Heineman, Norma Wasson, Bill Massie, Muriel Sneller, Bob Engel and Bob Schmidt. Each of them were inspired, hard living members of our island community that I was fortunate to meet and share a few stories with.

I first met Ray at the island Post Office as I was coming out and he was going in. It was his daily destination, like so many of us. It’s not just about getting the mail, it’s the island switchboard, a place to connect with people, sometimes randomly. Ray was born in 1921. Born at the tail end of the Spanish flu, he lived through the depression and then he served in the army out in the Western Pacific during WWII.

Ray was a quiet guy who never married. He was a perfectionist finish carpenter who worked for Mick Arndt for many years. He loved to go ice fishing. According to friends and family he was rarely ever in public venues, let alone in the news. In the winter you might have seen him shoveling snow out front at Tony’s Place.

I have to admit that the first time we met, I was immediately drawn to his blue green pick up truck. When I was in high school I owned the same model a 1970 Chevy Custom 10. It’s a half-ton pick up is the perfect jobber truck. It can carry a small load, tools and two people. Many came with the old “three on the tree” transmissions. Built tough, they stayed on the road for many years past what would seem possible these days for current Detroit iron.

Ray and I often talked about island life and his Chevy truck often came up in the conversation. It was not worked hard from what I could see. Ray was a slow and deliberate driver, certainly in no hurry. In those few years that we crossed paths, I would sometimes ask him if he would sell his truck. He would smile and say, “no way!” It’s a bit worn around the edges like many of us, but it’s still in amazing shape for a 50 year old truck. His old Chevy pick-up still sits in his east point driveway awaiting its driver to hop aboard for one more ride. Ray’s Custom 10 remains on island, but Ray is gone and I for one miss these treasured island folks who were our touchstone to the way island life used to be, before it got just so darn busy.