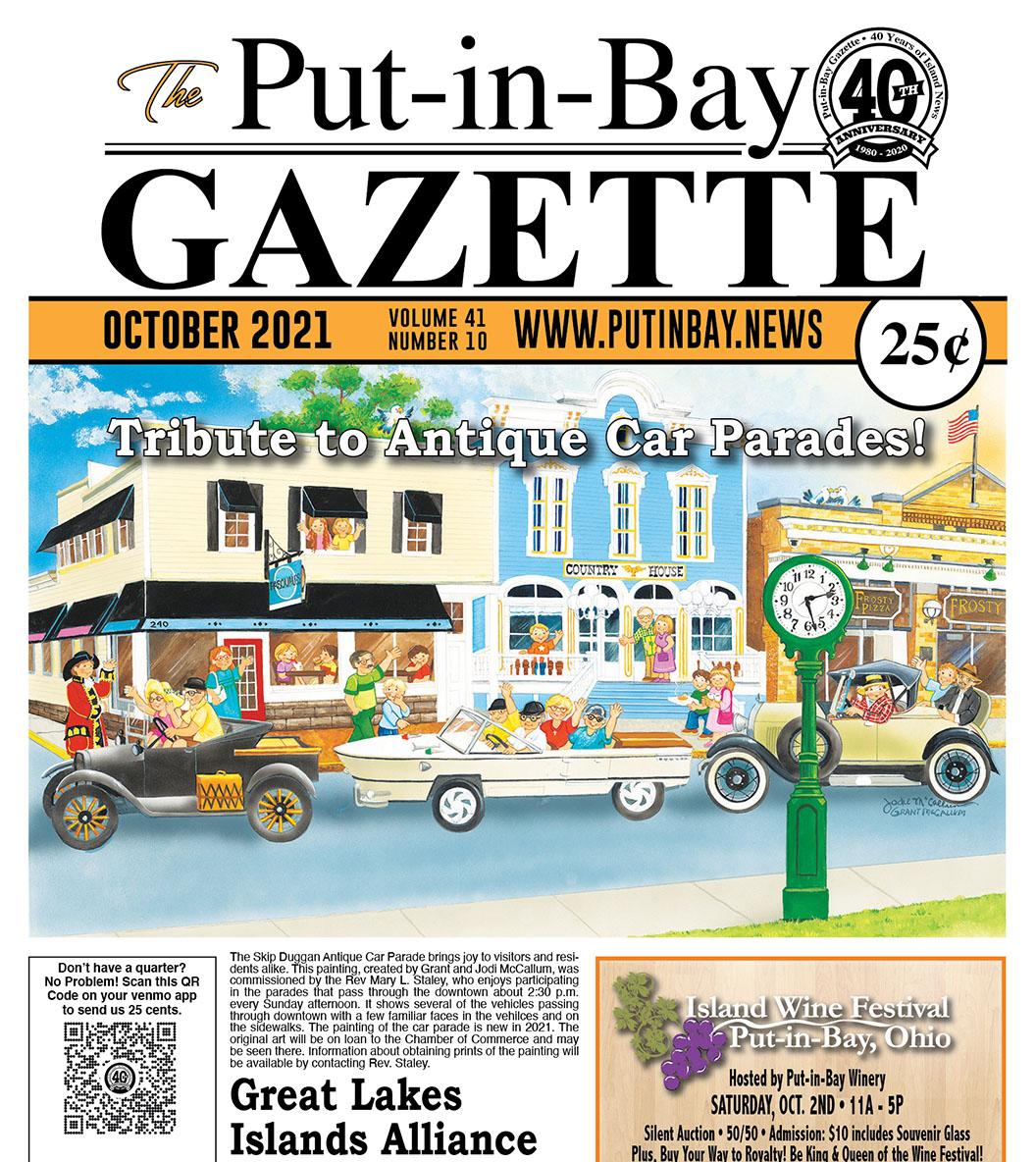 Fundraising for its event had always been challenging and creative until 17 years ago when they chartered the Jet Express to take almost 300 people from the Ford Yacht Club, Grosse Ile, to Put-in-Bay for the day in late September. That event was so successful both in response and financially, that the following year they added a second Jet Express with nearly 600 people. From that second year, many of those that attended asked if there was a way to stay the night. So, for the third year they made arrangements that one Jet Express of nearly 300 people would stay the night departing late Sunday afternoon.

A number of PIB businesses have contributed to group’s success by donating raffle items and providing discounts at their businesses for the guests. With their fundraising success, the group has found their committee coffers in surplus and have started to make various donations, most notably, the Toy’s for Tot’s program as the Marines participate with their program in June. As a committee, they discussed how they could give back to the community of PIB as they are the source of the success. So, during their trip in 2019, the organization made a contribution to the PIB Fire Department and the EMS. Again this year, on September 18th, Russ Vaughn, a lifelong visitor to Put-in-Bay and the chairman of the organization, came to the island on Clambake day and made those donations again.

On the cold and windy last Saturday in September, members of the PIB Property Owners met to discuss a variety of reports and proposals.

Mother Mary Staley asked how many islanders were present. Six? Of those who were born here? One! Noting that while she had served this community continuously for more than five years she was not an islander although she has been an islander on different islands twice before. Rather than debate criteria for the current meaning of “islander” she proposed the creation of a new category – New Wave Islander – based on points earned for commitment to and experience on the island. The New Wave Islander tee-shirt, list of point-getting experiences and a promise of bumper stickers can be found at her email staleym@aol.com.

Sgt. Mike Wheeler from the PIBPD reported that five full time officers would drive two new squad cars this winter. Next year, officers will be assisted by an Intoxilazer 800 breathalyser which will provide instant readings of blood alcohol levels allowing officers to ticket offenders immediately. No more waiting for lab results! In 2022 all officers will have a week of training in Standard Operating Procedures.

Guy Guidone and Jeff Grantham were elected to the Board of Trustee for three-year terms to replace retiring Joyce Slough and Gail McCracken.

I truly can’t thank everyone enough for taking the time to come down and support the Put-in Bay Volunteer Fire Dept. Our department would not be what it is without our residents, businesses and tourists who take the time to come out and support our fundraising events like the Clam Bake.

The Island community is also very lucky to have a fire department like we have. Our members current and former are some of the most dedicated volunteers around. What a lot of people don’t realize is the time that is put in by these members long before the event takes place. Mark Wilhelm and Doug Wilhelm have taken these events by the horn year after year from placing the orders, picking up product and coordinating deliveries as well as corralling the volunteers to help with the prep. I truly believe these two men deserve a BiG round of applause.

Like any great leaders, we are nothing without our supporting cast. The week before the Clambake, our volunteers took countless hours to clean the station, wrap hundreds of potatoes, literally clean and bag 6600 clams, set up steamers and grills and a multitude of other tasks to make the bake what it was. I can’t thank John Domer, Kayla Johnson, Susan Seaberg, Allen Duff, Jon Scarpelli, Chris Ladd, Ty Winchester, Roger Parker, Ashley Marie Mann, Nate Jones, Bernice Walton, Jose Modic, Adam Danes, Cathy Domer, Catawba Island Volunteer FD and I’m sure many more I’m forgetting that someone can add. These members and all our members mean more to me than they truly know because in order for me to be successful as a Chief, I need these people and our community as well. I’m so proud of what we accomplish as a team. Thank you, all of you!